In addition to the main match we should have some Premier League Action in the Crosskeys Bar from 12:30pm and National League action after the game.

That's the third time in recent home games (Banbury, Leiston, Alvechurch), where we've managed to get ourselves a goal in front, probably against the run of play on each occasion, and then been pegged back. For me we're too slow to react to what's going on on the pitch and today in particular it was clear that we were seriously on the back foot throughout the second half and something needed changing.

When Sam Brown came on - a substitution I thought was bizarre at first - the game swung back in our favour, however it should have happened earlier and might have resulted in 3 points instead of 1. Having said that, we were denied what looked to me to be an absolute stonewall penalty at the end. The referee was incompetent throughout IMO.

We didn't look after the ball well enough today to really deserve the three points, but with such a solid defence we've always got a chance. Alvechurch are an excellent side that play really good football. Their two central defenders are exceptional at this level.
They say we've lost our money we're not famous anymore..... 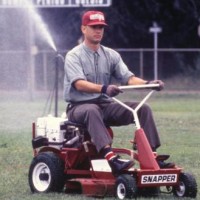 On the face of it, a point against a playoff contender is a good result, but in reality I left today feeling pretty disappointed.

Apart from the goal, which was a great finish (Sam Johnstone has been impressive the last couple of weeks) I thought we offered very little.
Its funny that earlier in the season I was so worried about our defence, especially from set pieces, but knew we were capable of scoring goals, yet now we seem the complete opposite.

What I take away from this game mostly though, is that the standard of refereeing at this level is beyond a joke. Not only was there a clear penalty that wasn't given, his inconsistency all afternoon was laughable. I understand that it's a difficult job, but the chap today (and quite a few over the course of this season) just aren't up to the job.

Also, what's the deal with the new crop of stewards? The chap today was an absolute tit. Tbh, the look on his face for the last 20 minutes after his failed attempt to lay down the law was probably the highlight of my afternoon.
Top

Although a disappointing performance no harm done to our play off hopes. Top three all won,of the chasing pack three teams drew and two lost. Poppies could do us a favour on Tuesday by beating Coalville. Will we ever manage to put three wins in a row together? Four yellows in first half were a joke, what was Diamonds for? Those yellows made it difficult for the rest of the game for Westbrook and Dolman..In all fairness Alvechurch deserved the point.
Top

Totes agree about the refereeing at this level, the FA should really be more stricter and maybe some of the top class referees should have to work their way up the leagues, many years ago I remember Sian Massey on linesman duty at Corby Town when nobody had really heard of her. Lets get more decent referees in and less stop this league being plagued by refs who have even been rumoured to turn up to a game and call it off after posting their alternative plans on Facebook.

A point was a fair result today, we just need to be a bit more urgent at times but at least we aren't being reckless and gifting teams chances to win.
Top

Cant you add Andy's head back on the picture

I think we are fast becoming victims of our own success. I've missed more games this season than I have for many years, but from what I've seen only Stourbridge are a better team than Alvechurch (just a shame their manager was a complete bell end, and a couple of their players were unable to stay on their feet in the strong wind). To come away with a deserved point against them was a fantastic result, and really highlights how far we've come this season.

Yes, it was a frustrating game, and we didn't look after the ball particularly well, but I think you have to give credit to the opposition for that. They played at a high tempo and put us under pressure all over the pitch, forcing our midfield to drop deeper and play a lot of long, hopeful balls for Shanks to try and battle for. As BR said, their two centre halves were excellent, and the big lad up front was a real handful; I thought Bully and Collard did a superb job in keeping him at bay.

I've said before that the step up in quality in this league is not as big as I was expecting, but Alvechurch were one of the few teams that are considerably stronger than anything we faced at step 4. Or maybe I'm just more content than everyone else as that was the first game I've actually managed to get to for a while!

Edit: I do however agree with everyone else that the ref was absolute horse shit.
AFC Rushden & Diamonds Member No. 297
Top
Post Reply
15 posts