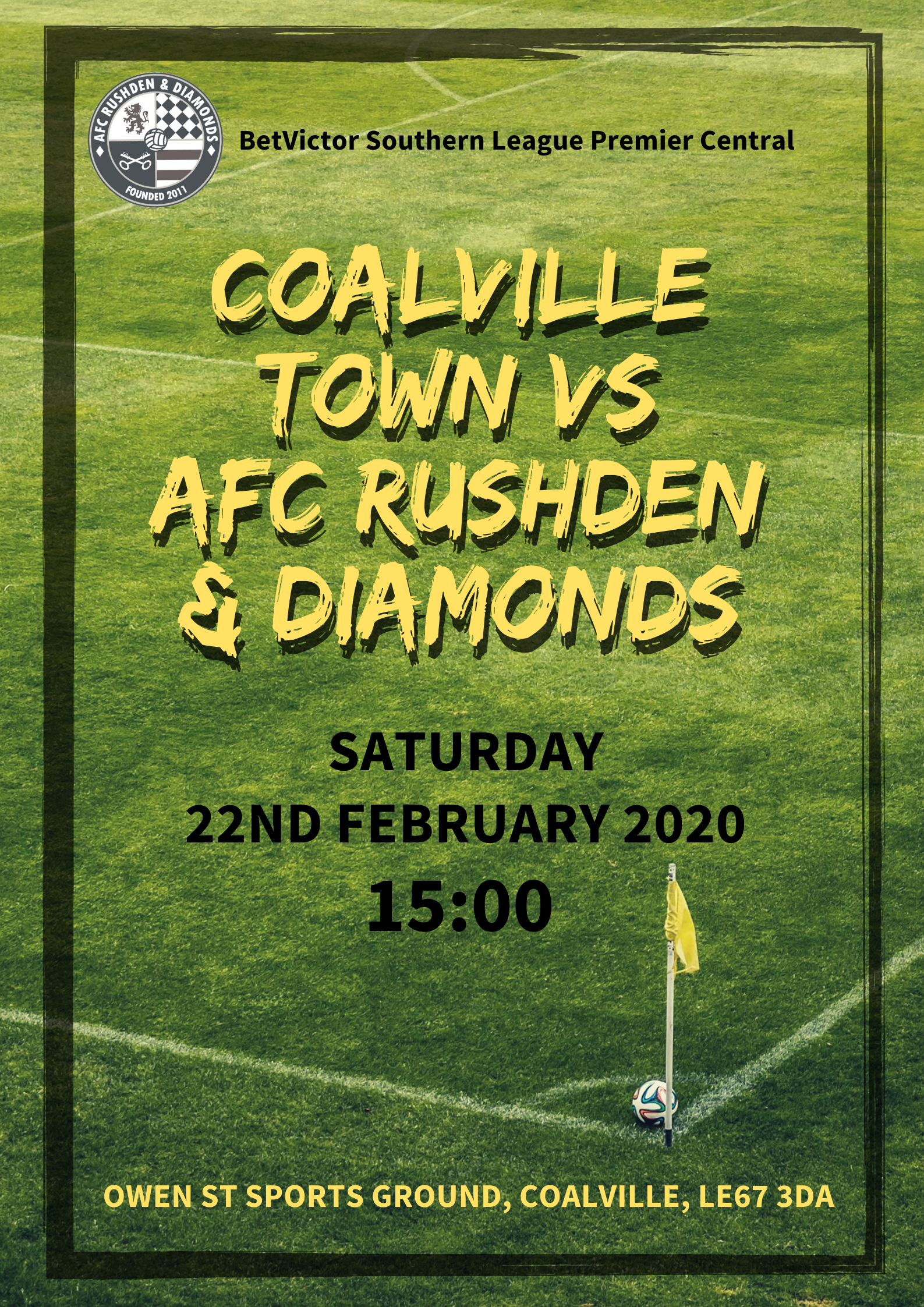 Not too sure what Coalville mean by an "unofficial" pitch inspection, but they are having one at 10am. Let's hope it passes - and the match referee is also happy when he / she arrives this afternoon.
Top

Formic wrote: ↑Sat Feb 22, 2020 8:53 am Not too sure what Coalville mean by an "unofficial" pitch inspection, but they are having one at 10am. Let's hope it passes - and the match referee is also happy when he / she arrives this afternoon.

I think that refers to images of the pitch being viewed by those very helpful and well informed folk at Peterborough Sports who were confined by the league earlier this week as the “Unofficial match status adjudicators” for the rest of the season following on from all the help and advice they offered us.
Top

Game on!! After 3 weeks I’m definitely looking forward to this!
Top

A hugely disappointing result in a game where we deserved a point and as we all saw an awful penalty cost us dearly in the end. I would ask Liam if he is prepared to take on the role. He has good technique, experience and would certainly make a keeper work hard for his money.
On a positive note the game demonstrated again that we can compete against strong sides who contain good skilful players. With just a little more creativity in the side and adventure and ambition going forward we will create more chances in open play.
On a negative note their keeper was quality particularly on the high ball and we just didn’t seem to find a plan B on crosses and set play.
The loanee looked a useful lad and with suspensions he will have role to play.
Top

It was certainly one of those games that neither team really deserved to lose. Apart from the deflection and scrambled goal our defense didn't let us down -and given we were facing a striker who has scored over 100 goals in the Football League both Dolman and Ashton had excellent games. Saul Deeney in the Coalville goal seemed to pick out every cross we sent into the box, and with a couple of cracking saves as well as a simple save from the weak penalty, he was probably the overall man of the match, despite giving away the penalty - he's cropped up quite a few times against us in that part of the world - at Notts County and Basford prior to Coalville (Drewe Broughton put a hat-trick past him back in 2004). That was about the only charity we had from a whistle-happy ref, whose hapless afternoon was summed up by his three attempts to carry out the appropriate protocol when booking a home defender. I thought our new guy looked OK - probably fitting in better than Albie Hopkins or Morgan Roberts did in their first games for us, so if he improves like they did he will be an asset, and with Ben Acquaye back next week it might mean we don't have to waste Tom Lorraine's abilities by getting him to play as a winger as we did today.
Top
Post Reply
16 posts